Your choice has been saved

In order to improve your experience, analyze traffic and provide you with personalized content, we need to use cookies. If you are unsure of what exactly cookies do, you can read more and adjust your settings.

by part number or search phrase

Parallel output provides an absolute position available simultaneously on the output. It may be provided as binary or transformed in gray code format. Gray code means a single-bit change between each position step, which can reduce transmission errors.

The advantage of parallel output is that it is fast and all the data is available in real time, all the time.

The absolute position can also be represented as an analog current output. 0-20 mA or 4-20 mA for a full-scale output. 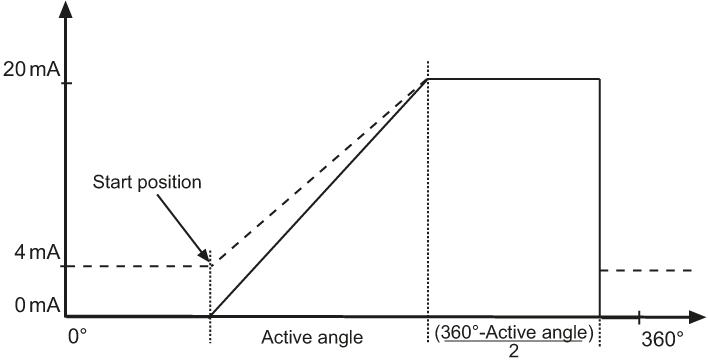 On special request an analogue output with a teach-in functionality can also be offered. The teach-in function implies that the encoders active angle can be configured at will. A maximal full-scale output 0 or 4-20 mA current value can therefore be distributed over the total measuring range.

BiLL is a bi-directional master/slave communication used on absolute encoders. The protocol can be used for RS485 transmission standards or for a multi-drop bus system using the RS485 standard. Data are sent in hexadecimal format and the addressed encoder answers only on a master request. The protocol includes position data in binary format, a checksum for transmission reliability, a hold command, a change of baud rate command and an error message.

Serial transmission means that bit information is transmitted sequentially in the same pair of conductors rather than sending each bit in its own conductor as in parallel transmission.

One of the advantages of serial transmission is that installation costs less; fewer wires means less work and less documentation.

There are several more or less standardized methods for serial transmission of data, all with their advantages and disadvantages. The following is a short description of the most common serial standards used for communication with encoders.

The EnDat 2.1 interface is a digital, bidirectional interface for encoders. It is capable of transmitting position values from absolute encoders, as well as reading and updating information stored in the encoder.

Thanks to the serial transmission method, only four signal lines are required. The absolute position data are transmitted in synchrony with the clock signal generated by the subsequent electronics. The type of transmission (position values, parameters, diagnostics, etc.) is selected by mode commands that the subsequent electronics send to the encoder. 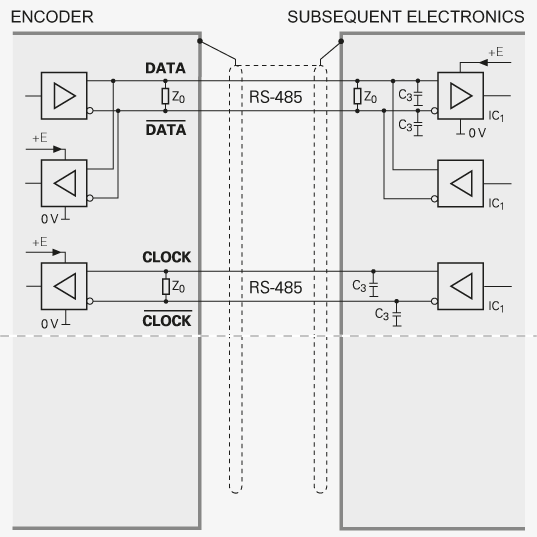 A clock pulse (CLOCK) is transmitted by the subsequent electronics to synchronize data transmission. When not transmitting, the clock signal defaults to HIGH.

Note: Every Leine & Linde gateway for fieldbus communications communicates with the encoder via the EnDat 2.1 interface.

With EnDat 2.2 it is possible to transfer additional data with the position value without sending a separate request for it. EnDat 2.2 is compatible with EnDat 2.1.

The extended EnDat interface version 2.2 is compatible in its communication, command set and time conditions with the previous version 2.1, but also offers significant advantages. It makes it possible, for example, to transfer what is termed “additional data” with the position value without sending a separate request for it. The interface protocol was expanded and the time conditions were optimized as follows:

SSI or Synchronous Serial Interface, is a digital point-to-point interface. It provides unidirectional communication at speeds up to 1.0 MHz by the use of only 4 wires. 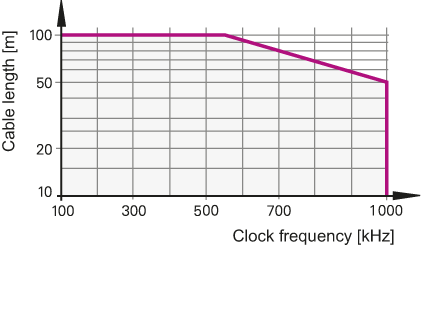 In the quiescent state the clock and data lines are on high level. The current position value is stored on the first falling edge of the clock. The stored data is then clocked out on the first rising edge.

After transmission of a complete data word, the data line remains low for a period of time (t2) until the encoder is ready for interrogation of a new value. If another data output request (CLOCK) is received within this time, the same data will be output once again. If the data output is interrupted (CLOCK = high for t > t2), a new position value will be stored on the next falling edge of the clock, and on the subsequent rising edge clocked out to the subsequent electronics. 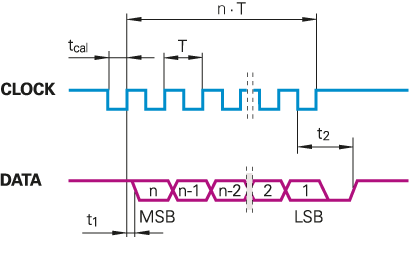 For the 600 series encoders, the following functions can be activated via the programming inputs of the interfaces by applying the input to a logic high level, i.e +EV:

Continuous application of a HIGH level reverses the direction of rotation for ascending position values. 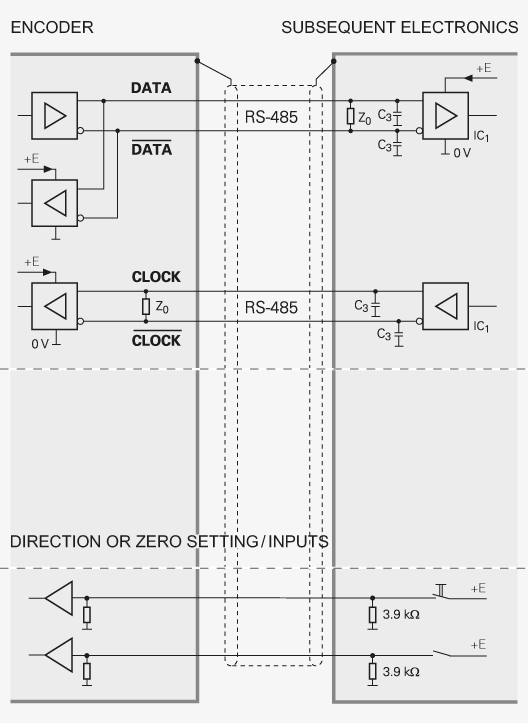 Note: The programming inputs must always be terminated with a resistor (see input circuitry of the subsequent electronics).

The SSI interface is also available in combination with incremental 1 Vpp, HTL or RS422 signals on certain models.

Here you can see some examples of our most beloved absolute encoders.