Your choice has been saved

In order to improve your experience, analyze traffic and provide you with personalized content, we need to use cookies. If you are unsure of what exactly cookies do, you can read more and adjust your settings.

by part number or search phrase

With the incremental measuring principle, the graduation consists of a periodic grating structure producing a defined number of sinusodial signals when the encoder shaft is rotated. These sinusodial signals can be converted into other signal formats and used in two different ways. Either for relative positioning or more commonly as speed feedback devices. Relative position information can be obtained by counting the individual increments (measuring steps) from some point of origin. When such a semi-absolute reference is required to ascertain positions, the graduated discs are provided with an additional track that bears a reference mark. 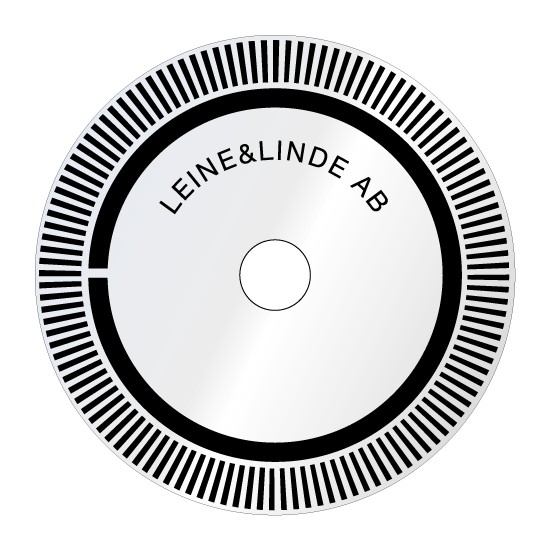 The rotational speed of the encoder shaft can be determined by calculating the frequency of the sinus-odial signals. Incremental encoders are normally used in closed loop, speed control loops or as speed feedback devices.

The resolution, line count or pulse rate are just different designations of the number of signal periods per channel and per revolution of an incremental encoder. Denominations of these signals vary between encoder manufacturers but Leine Linde commonly use S00, S90 and Sref. The signals S00 and S90 are 90 el° displaced from each other. S00 appear 90 el° before S90 when the encoder shaft is turned clockwise. A, B and N or K1, K2 and K0 are other examples of denominations used on incremental signals. 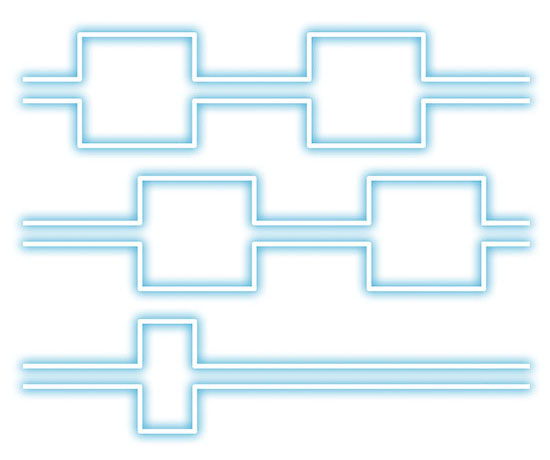 The accuracy of measurements with encoders is mainly determined by:

When speaking about accuracy of incremental encoders, the unit el° (electrical degrees) is normally used. For one signal period of the output signal is the equivalent of 360 el°. One revolution of the encoder equals 360 * N el°, where N is equal to the number of lines on the graduated disc (ppr).

Incremental encoders from Leine & Linde have a maximal permissible accuracy of ±50 el° (dividing error) which means that each pulse edge of the encoder signal has a deviation from its theoretical angle position of a maximum of 50/N°. As an example, for an encoder with 5000 ppr, ±50 el° corresponds to 0.01° maximum mechanical angle deviation from the theoretical position for each of the 20,000 pulse edges. (The encoder’s highest resolution is in this case 360/(5000*4) or 0.018°).

Accuracy and calibration charts for each delivered encoder can be provided upon request.

The specification of accuracy also includes the term channel separation, which is the distance between adjacent pulse edges of the S00 and S90 output signals. During final adjustments this is tuned to 90 el° and should lie within 90 ±25 el° for standard encoders. This means that the distance between adjacent pulse edges can vary between 65 el° and 115 el° for an approved encoder. Channel separation error is included in the dividing error.

The duty cycles of all incremental encoders are 180 el° or 1:1 unless stated otherwise.

Every delivered encoder is verified with respect to their accuracy, channel separation and duty cycle accomplished by monitoring that all pulse edges lies within approved limits. The measured values for maximum deviations from the encoder specifications are referred to the encoder’s serial number and collected in a database for statistical follow-up and future reference.

All accuracy data refer to measuring signals at an ambient temperature of 20°C, and with controlled subsequent electronics and transmission lines.

Here you can see some examples of our most beloved incremental encoders.